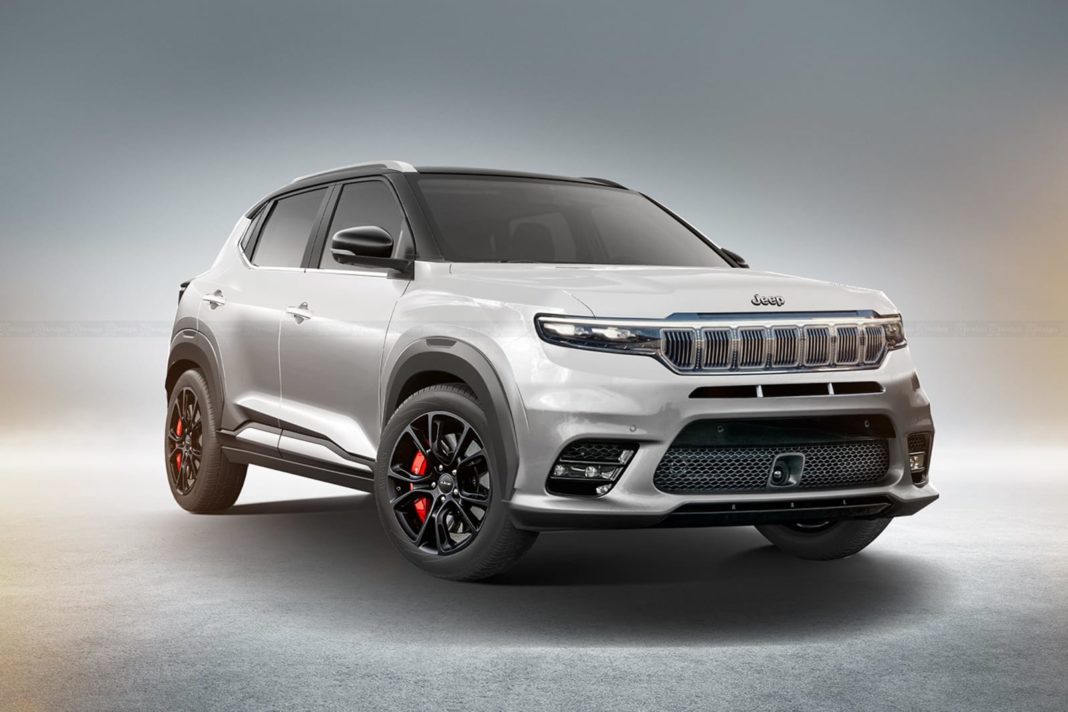 Fiat Chrysler Automobiles (FCA) recently confirmed that Jeep has plans to launch a new sub-4-metre SUV in the Indian market, along with a few other new products. While no details have been provided yet about this upcoming compact SUV, the internet is already going wild with speculations. Digital artists have set to work creating their own renditions of the little Jeep crossover, and here, we have one that looks the most impressive.

Labelled ‘Jeep Jr’ by its creator, Kleber Silva, this digitally-rendered model imagines what the production version of Jeep’s upcoming compact SUV could look like. The headlamp and front grille design has been lifted directly from the Jeep Grand Wagoneer, and looks extremely imposing, while the front bumper and air dam bear resemblance to the Jeep Cherokee.

The side profile is reminiscent of the Jeep Compass, but with a few changes. The SUV gets black plastic cladding running along the bottom, as well as on the wheel arches, which adds to its crossover appeal. The vehicle also gets disc brakes on all four wheels, with painted callipers, which look very upmarket. 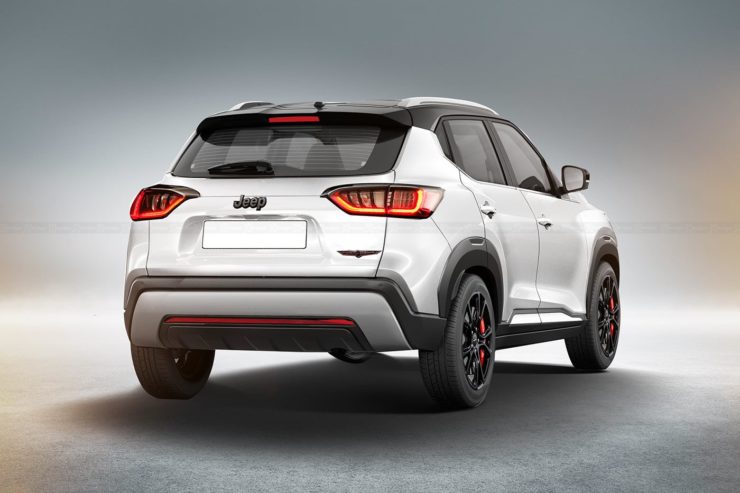 The SUV also gets a dual-tone paint scheme, with a blacked-out roof. A pair of silver-finished roof rails has been added, which adds a little ruggedness to the overall design. The blacked-out alloy wheels look extremely pretty as well. The rear section, specifically the high tailgate and LED taillights, have been lifted from Jeep Cherokee, although the dual-tone bumper is new.

A ‘Trailhawk’ badge adorns the tailgate, hinting that this is the off-road performance variant. The overall design shown here is quite impressive, although the real deal will probably look a little different. No details about the powertrains and specifications of this upcoming SUV are available yet, but we expect Jeep to offer a petrol as well as a diesel engine option here, like with the Compass.

The Jeep sub-4-metre SUV will compete against the likes of Kia Sonet, Maruti Vitara Brezza, Hyundai Venue, Tata Nexon, Mahindra XUV300, Ford EcoSport, Nissan Magnite, and even the upcoming Renault Kiger. Jeep is expected to price it competitively upon launch, which will happen within a year or two.