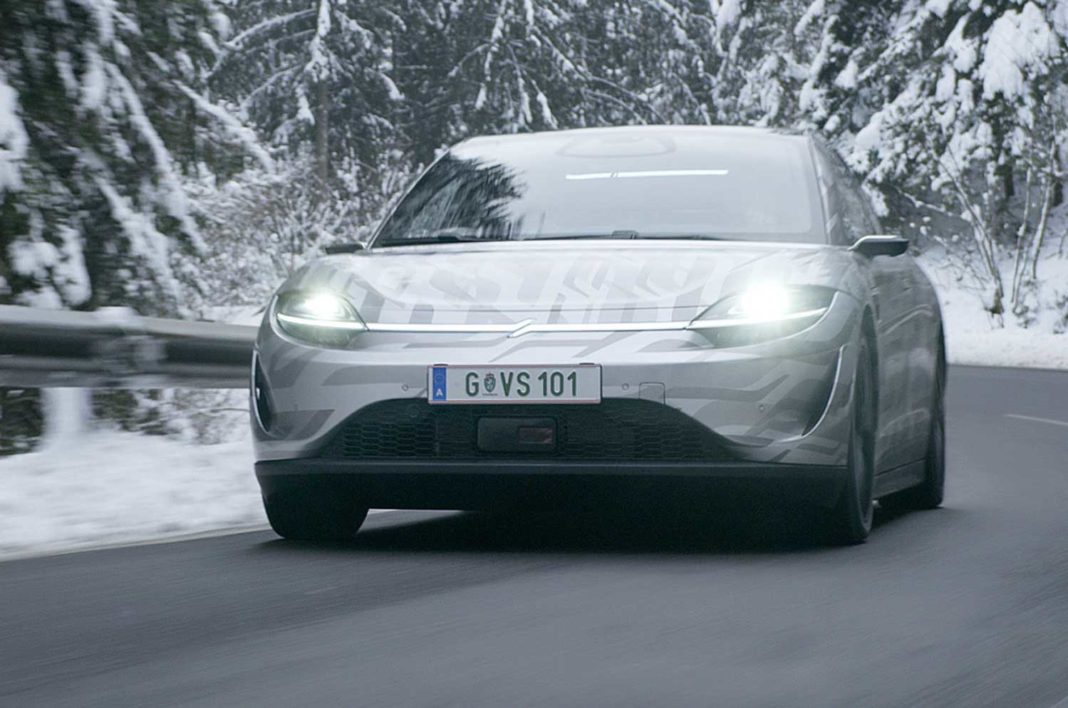 At the 2020 Consumer Electronics Show (CES) held in January last year, Sony Corporation surprised us by debuting a car called the Vision-S. The concept car is actually a fully-electric sedan packed with different technologies from Sony including camera sensors, entertainment systems and much more.

Now a year after its debut, tech giant Sony’s Vision-S concept car has hit public roads for the first time in prototype form. A new video released by the Japanese company reveals a prototype being tested by engineers in Austria featuring registration plates, along with a unique camouflage-style wrap. The video is enough to provide us with a glimpse of what to expect from Sony’s first car.

Talking about the Vision-S, the car has been plonked with 33 different sensors both on the inside as well as outside. These sensors include high-resolution HDR-compatible CMOS image sensors for things like road sensing, object detection and colour identification; Solid State LiDAR for day and object detection and night-time vision; and radars for distance sensing and relative velocity detection.

The car also comes equipped with Level 2 autonomous driving, 360 Reality Audio tech, wide-screen displays inside the cabin and more. In order to build the Vision-S, the Japanese tech giant has partnered with companies like BlackBerry, Bosch, NVIDIA, Continental and Qualcomm, hence, the EV concept also gets technologies from these companies.

The car also features artificial intelligence, telecommunication and cloud technology, which can all be accessed with the help of the large panoramic touchscreen system that is actually the cabin’s biggest highlight. It should be noted that the Vision-S was originally created as a means for Sony to showcase its autonomous driving and in-car entertainment systems, and as of yet, there is no actual indication that the company would actually put the car into production. Sony previously revealed a few specs of the electric sedan, including the fact that it has been equipped with two 200 kW electric motors, which will together produce 268 bhp, and help the car sprint from 0 to 100 km/h in just 4.8 seconds, before topping out at 240 km/h.