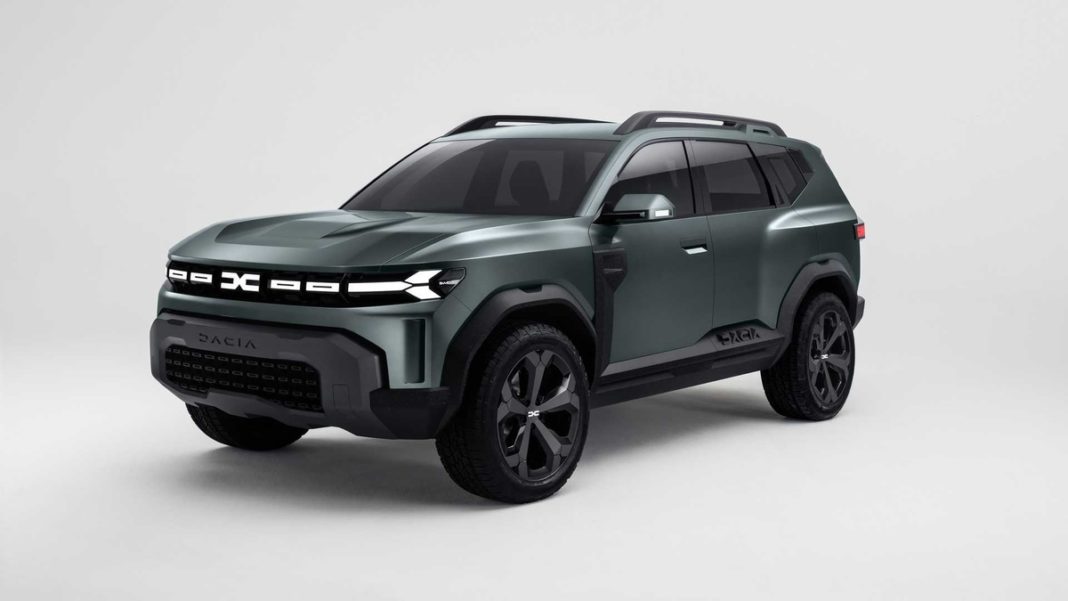 The Dacia Bigster concept SUV is larger than the Duster, and its production model will offer hybrid and LPG/CNG powertrain options

Romanian carmaker Dacia has unveiled a new concept vehicle, christened ‘Bigster’. It was showcased as a part of Group Renault’s ‘Renaulution’ presentation, albeit briefly, and now, official images of this concept SUV have hit the internet. The Bigster looks slightly bigger (11 inches longer, at 4.6 metres) and more rugged than the Duster SUV, and will become Dacia’s new flagship model upon launch.

The production model of the Bigster will get electrified powertrain options (hybrid or plug-in hybrid), along with alternative ones (like LPG or CNG). It will be based on Renault-Nissan-Mitsubishi alliance’s CMF-B platform, which will underpin all future Dacia models. According to the brand, this upcoming SUV will be “a larger, more capable vehicle at the cost buyers would expect from the segment below”

The concept vehicle has an extremely futuristic look, especially at the front. It gets Y-shaped headlights, tilted outwards, with LED elements on the front grille. The front bumper is quite big, and gets an integrated bash plate and a large air dam, and Dacia branding. The SUV also gets black plastic cladding all around, with Dacia branding on the sides as well.

The alloy wheels look quite pretty as well, and the rear door handles are integrated into the C-pillar. At the rear, the SUV has wraparound Y-shaped LED taillights, but tilted inwards, with the brand’s name on the tailgate. The rear bumper is quite large too, and gets a bash plate as well. The vehicle also gets a pair of functional roof rails, which completes the rugged off-road styling.

The production model will surely end up looking slightly different, but this is a great design preview. Alejandro Mesonero-Romanos, Design head at Dacia, said: “The Dacia Bigster Concept epitomises the evolution of the brand. Essential, with a touch of cool and an outdoor spirit. It proves that accessible isn’t opposed by any means to attractiveness. At Dacia we believe so, and this car is the proof.” 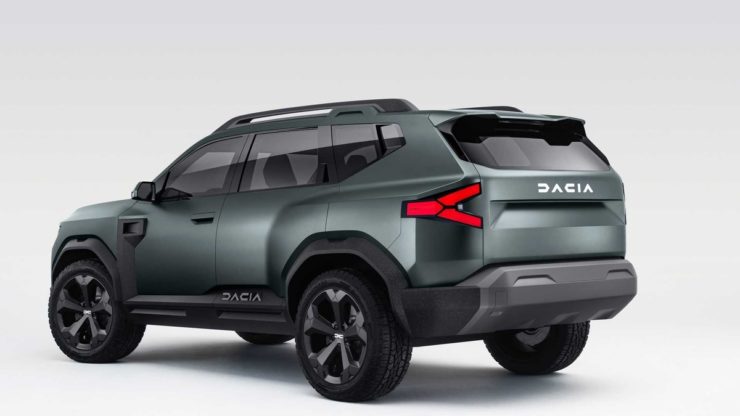 We expect this new SUV to make it to the Indian market as well in the future, under the Renault brand, although there is no official word on it yet. Renault India’s lineup is quite small, and a new SUV makes a lot of sense. The brand will also be unveiling a sub-4-metre SUV for India, the Kiger, on 28th January 2021.