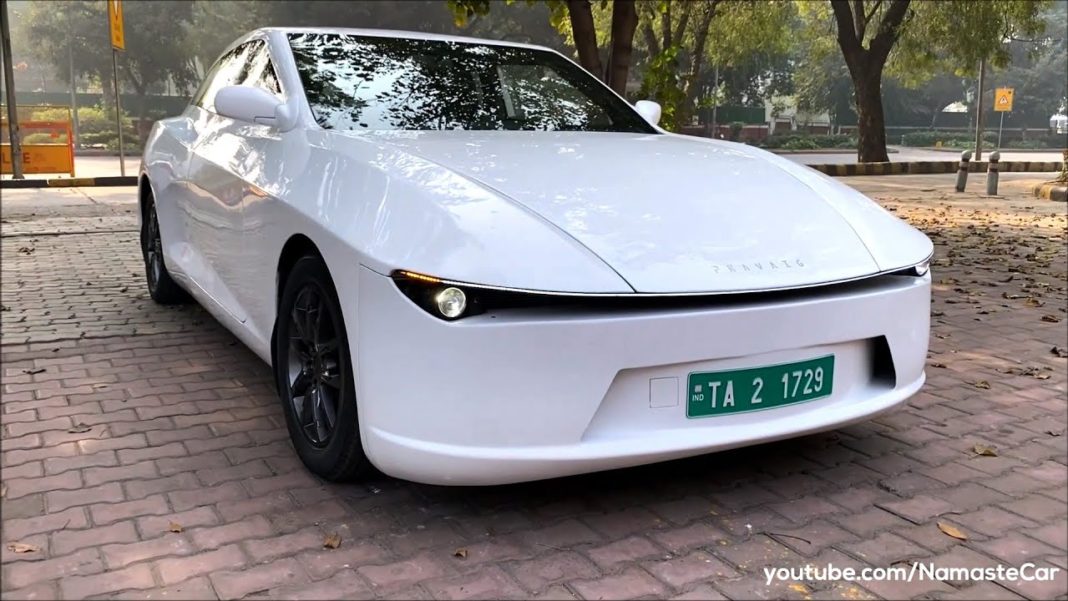 The Pravaig Extinction MK1 is the company’s first project, and is expected to be launched in the market by the end of this year itself

Pravaig Dynamics is a Bengaluru-based electric vehicle startup that recently revealed its first fully-electric car, the Pravaig Extinction MK1. The homegrown manufacturer aims to put India on the global map in the revolution from internal combustion cars to electric vehicles.

The Pravaig Extinction MK1 is certainly a revolutionary project. After being revealed, the first-gen prototype version of the car was vehicle was spotted testing on roads in Delhi. Namaste Car spent some time with it to provide us with a complete walkaround video of the Extinction MK1 that has been uploaded on its official YouTube channel, take a look –

Talking about the concept’s design, it has been designed like a muscular coupe with some attention-grabbing minimalistic elements. At the front, the Extinction MK1 sports a slim grille which is integrated with an LED light bar that runs across the entire length of the front-end, and connects the headlights. Similarly, there is an LED bar that joins the two tail lamps as well.

Since its just a prototype, the interiors are unfinished as well. However, the production-ready model will be equipped with 160 degree reclinable seats, an electric sunroof, ambient lighting, electrically adjustable leather seats, a large touchscreen infotainment system, a premium audio system, a digital instrument cluster and much more.

According to the company’s official website, the Extinction MK1 will have a maximum power output of 204 PS, along with a massive 2400 Nm torque at wheel. While Pravaig is yet to reveal information about the battery as well as the electric motor(s), the company claims that the car will have a 504 km range in one full charge, which will make it the longest range electric vehicle in the Indian market.

The car will also come with fast charging capabilities, which will provide up to 80 per cent charge in just half an hour. Pravaig also claims that the car will be able to sprint from 0 to 100 km/h in just 5.4 seconds, with a top speed of 196 km/h.