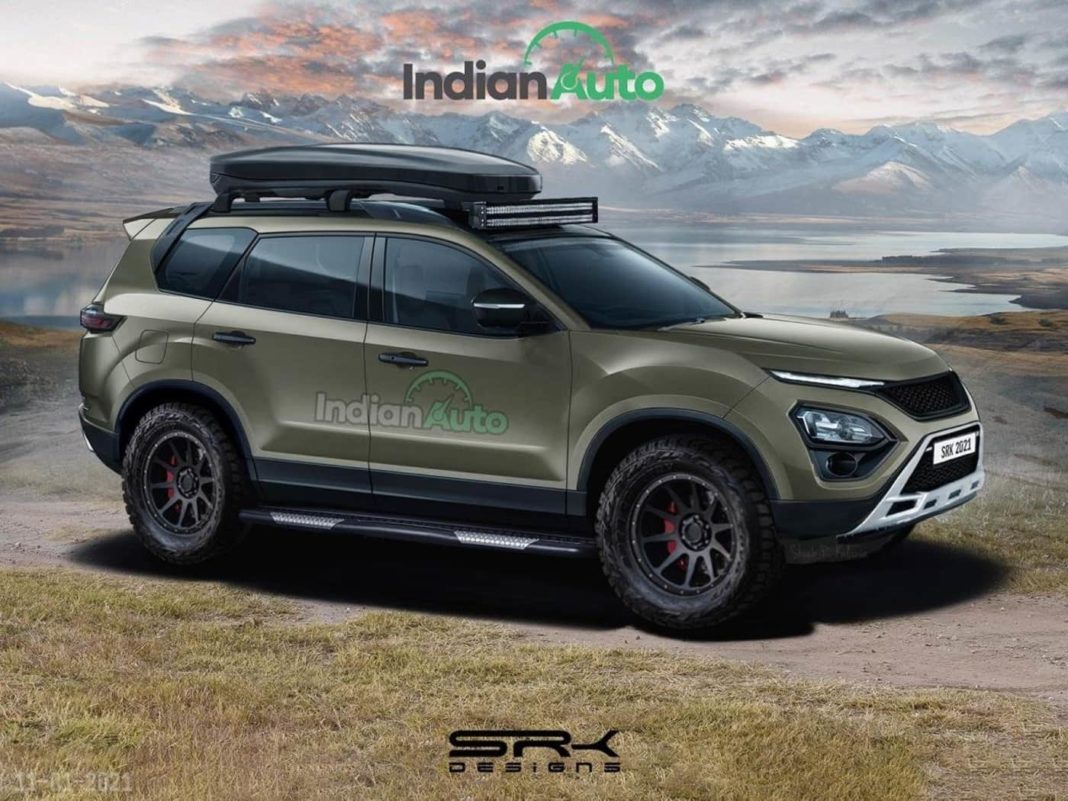 Tata Motors recently announced that the iconic ‘Safari’ nameplate will be returning to the Indian market. The new Safari will be the 7-seat version of the Harrier SUV, which was previously christened Gravitas. While some people are excited about Safari’s resurrection, others are disappointed about the lack of off-road legs on the vehicle.

The new Safari, just like the Harrier, will be a front-wheel-drive vehicle. There will be no 4×4 option on offer, not initially at least, unlike the original Safari. This is upsetting news for fans of the original, as FWD vehicles only offer limited off-road capabilities. It would’ve been quite interesting if we got a special off-road edition of the new Safari, wouldn’t it?

Now, if the gears in your head are turning imagining such a vehicle, then let them rest. Shoeb R Kalania of IAB has already imagined an off-road version of the 2021 Tata Safari for us! In the digitally rendered image we have here, plenty of mods have been added to the vehicle, to make it off-road worthy. 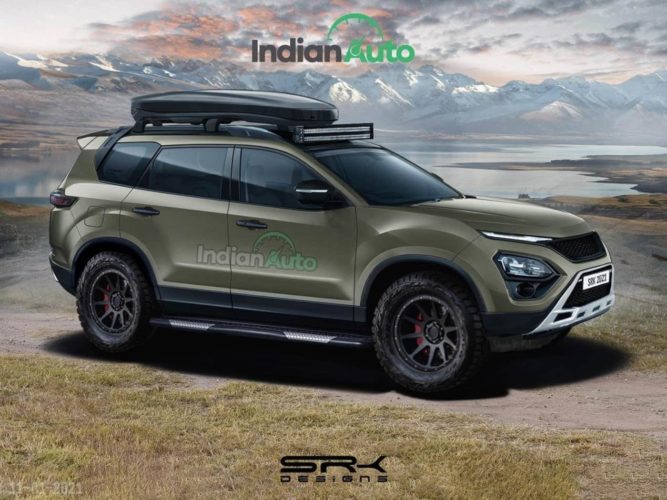 At the front, we see a much larger bash plate, which covers part of the front bumper as well, for added protection. The chrome tri-arrow front grille has been replaced by a black mesh unit. The new deep-dish alloy wheels look extremely pretty, and are shod with beefy all-terrain rubber. The vehicle also sports disc brakes on all four corners, with red-painted callipers.

The Safari also gets large sidesteps/rock sliders, along with blacked-out door handles. The SUV also sports an LED light bar on the roof, along with a cargo box mounted on the roof rails. Said roof rails have been blacked-out, which suits the Dark Olive Green paint scheme of the car. Throw in an AWD system, and this SUV is ready for some digital adventures!