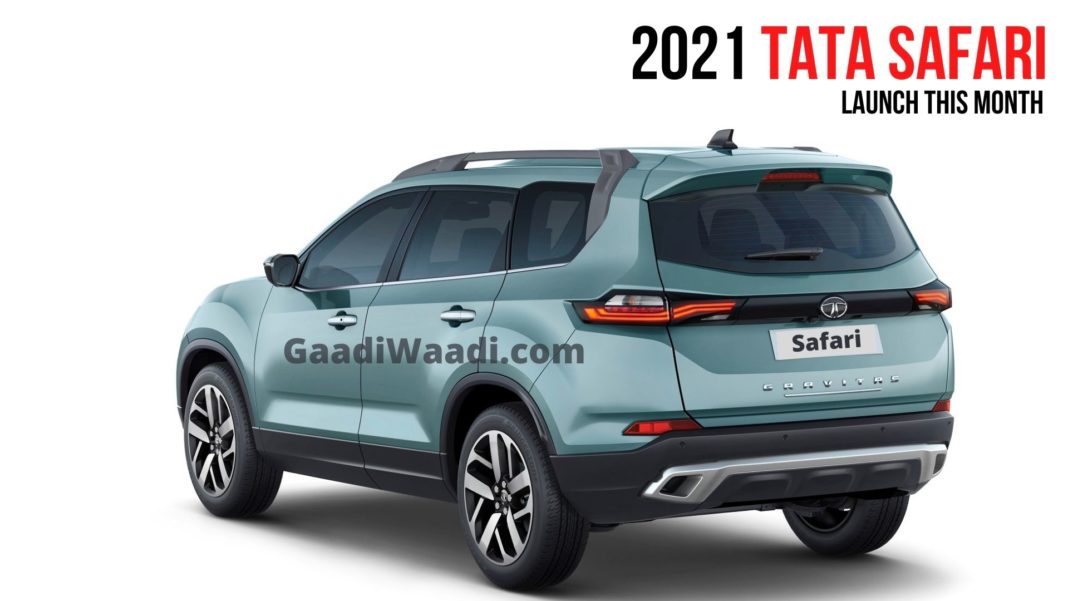 As Tata Motors released a video paying tribute to the Safari while stating that it is missing the nameplate, everyone thought it could be the return of the Hexa with the Safari Edition. However, the scenario is totally different as Tata has released an official statement with a bit of a surprise. The upcoming seven-seater version of the Harrier debuted at the 2020 Auto Expo under the Gravitas name.

It was widely regarded as the production name of the three-row SUV but in contrast, Tata Motors has announced that it will be called as the Safari and thereby bringing the iconic brand to life. In the teaser video, the homegrown manufacturer showed the evolution of the Safari through its Dicor years before evolving into the brawny seven-seater based on the Impact Design 2.0 philosophy.

The Safari SUV was in production between 1998 and 2019 and the Storme variant was on sale for seven years before getting discontinued. It is making a comeback and will arrive at showrooms this month. The reservations for the 2021 Tata Safari will commence shortly according to the brand and is underpinned by the OMEGA (Optimal Modular Efficient Global Advanced) architecture.

Speaking on the announcement, Shailesh Chandra – President, Passenger Vehicles Business Unit (PVBU), Tata Motors, said, “In its new avatar, the Safari will appeal to the socially active, fun loving customers who seek out unique experiences and adventure. Its design, performance, versatility, features, and long lasting build quality, reinforce the SUV lifestyle to provide unending pleasure. We are confident that the launch of the Safari will once again re-energise the market, amplifying its cult status.”

The new Safari has plenty in common with the Harrier five-seater mid-size SUV as the exterior will have subtle updated to differentiate the former from the latter. To accommodate the third row seating arrangement, the 2021 Tata Safari gets a longer and taller roof while the rear gets redesigned as well. On the inside, we can expect new features to be part of the package.

As for the performance, the 2.0-litre four-cylinder diesel engine sourced from Fiat will be utilised producing a maximum power output of 170 PS and 350 Nm of peak torque. It is paired with a six-speed manual or a six-speed torque converter automatic transmission. It may as well get a four-wheel-drive configuration at the launch.