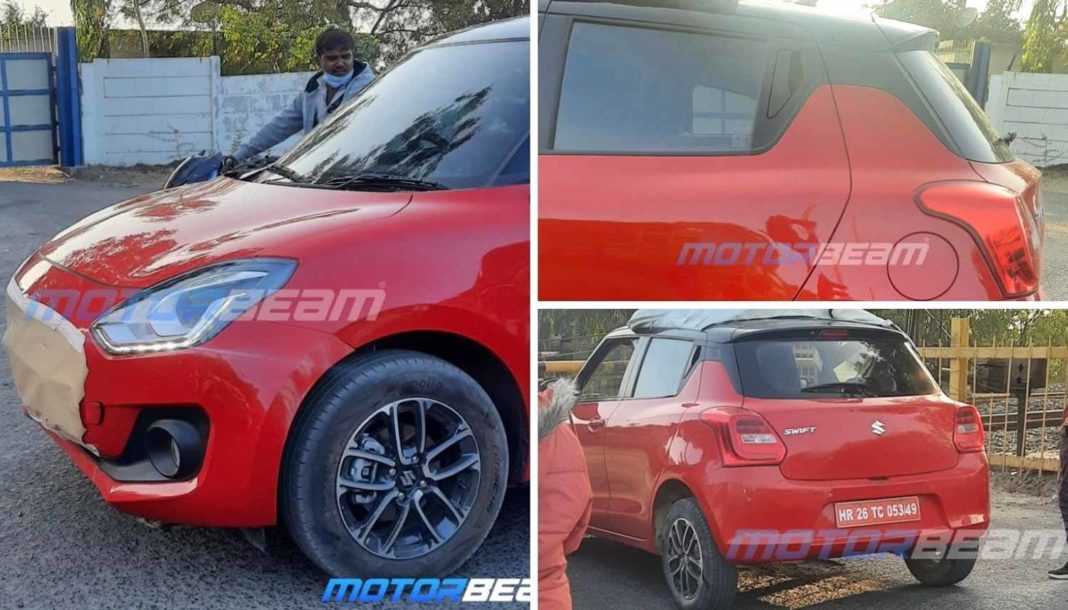 Maruti Suzuki will launch the Swift facelift in India in February, and the car will retain its rivalry with the likes of Ford Figo, Hyundai Grand i10 Nios, Tata Tiago, etc

Suzuki introduced a mid-life facelift for the Swift in its home country last year, and since the hatchback has completed over 3 years in the current-gen avatar in India, it is due for an update here as well. Maruti Suzuki is all set to launch the Swift facelift in India by the second week of February, and the updated hatch has been spied in the country for the very first time ahead of its launch.

The fleet of Solid Fire Red-coloured Swifts has been spotted with partial camouflage, however, most of the car can be seen undisguised. If the spy shots are to be believed, the Swift facelift features overall no changes been made to the side profile of the car, and it carries over the diamond-cut dual-tone alloy wheels from the pre-facelift model. However, the actual production version could get brand new alloy wheels.

The radiator grille of the car has been fully concealed, suggesting that the Swift facelift will feature a redesigned front grille. The car is expected to feature a honeycomb mesh design for the grille, along with a chrome strip that divides the radiator grille in two halves. This will help the front fascia look slightly more aggressive than before, while the overall design remains unchanged.

Maruti Suzuki currently offers the Swift in India with a sole 1.2-litre four-cylinder NA petrol engine that makes 83 PS and 113 Nm. However, the automaker will likely be offering the Swift facelift with its 1.2-litre K12N DualJet mild-hybrid petrol engine with start/stop function.

This engine puts out 90 PS of max power, while the torque output remains the same i.e. 113 Nm. The transmission duties will continue to be taken care of by a 5-speed manual gearbox, along with an optional 5-speed AMT. 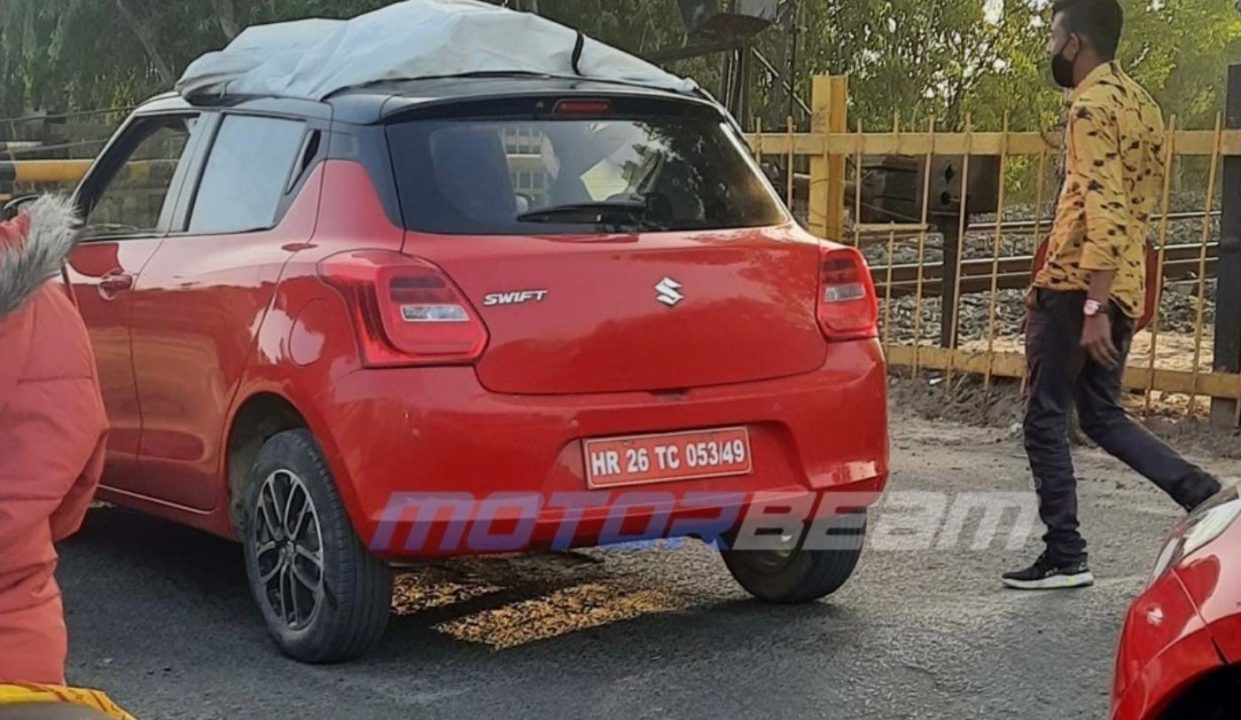 Apart from new seat upholstery, the facelifted Swift’s cabin is expected to be identical to the current model on sale. It will continue to be offered with an all-black theme, while a few new features like a multi-colour MID for the instrument cluster and an updated version of Maruti Suzuki’s SmartPlay Studio touchscreen infotainment system will likely be added.